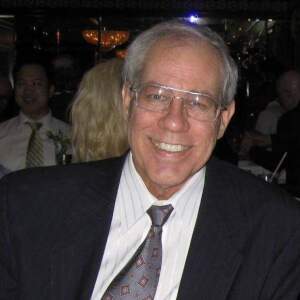 Stephen Vincent Surges, better known as Steve, the world traveler, “Cruz’nfool”, and beloved family man, passed away at his home in Anaheim Hills, California on Saturday September 5, 2020, surrounded by his loved ones.

Steve was born on June 7, 1945 in Lombard, Illinois to Vincent and May Surges. At a young age, Steve moved with his parents to California and grew up in Granada Hills, a neighborhood to which he would continue to feel a permanent attachment to sharing stories of his childhood. As a teenager, he continued his love of mechanics and enjoyed working on cars. After graduating from Alemany High School in 1963, Steve enlisted in the United States Navy where he spent the next 4 years and he received his education. After leaving the Navy, Steve began his career with 3M as a master technician in which he retired from.

In 1968, while having a party at his apartment a lovely woman named Barbara attended. They exchanged numbers and enjoyed each other’s company and began dating shortly after. Steve decided she was the one for him and proposed in the living room of her parents’ house in Orange, CA. In October 1971, the two of them took vows to love one another for better or worse for the rest of their lives.

As a foodie, he loved to frequent his favorite restaurants and always learned the names of the waiters and valets. His travels took him from Europe, Caribbean, Mexico, , Australia, Alaska and many more where he always collected shot glasses from each place he visited. He always had a love for coins and clocks which many knew those items were precious to him. He enjoyed having new experiences and was always up for an adventure, especially if he could bring everyone – including folks he’d just met – along, because, more than anything, Steve loved people. He would chat enthusiastically with anyone who crossed his path and considered everyone he met, no matter how casually, a friend. Steve opened his home to one and all. He enjoyed throwing parties and having dinners with friends – anything that could bring people from all walks of life together for him to enjoy. Steve accepted people as they were and didn’t hold grudges. He was deeply loyal to his family members and friends – supporting their endeavors and helping them whenever and however he could.

Memorial Services are listed below and any questions please contact Courtney Browne 714-351-2428 or csurges@gmail.com

To send flowers to the family or plant a tree in memory of Stephen Surges, please visit our floral store.