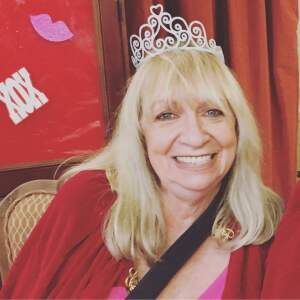 was born on September 9th 1947 in Gottingen Germany.

In 1951, Olga, her father, her very pregnant mother and her brother

boarded a steamship that traveled across the Atlantic Ocean to Ellis Island.

After this long journey across a vast ocean of uncertainty, the Nikolic family

reached New York and landed where many immigrants landed

in hopes of living the American dream.

After moving to Chicago in 1952, her father worked for the railroad

and was severely injured in an accident resulting in the loss of both his legs.

In 1954, the family moved to Wheatfield Indiana, where they bought a 100 acre farm.

Being that her father was crippled,it meant that Olga, her mother and her brothers

were inundated with daily heavy labor to maintain the family farm.

Olga often spoke of the many struggles they went through to make things work.

This brought her very close to her brothers and she loved them both very much.

where Olga then moved out on her own, at the age of 18.

Sometime in the late 1960’s, Olga met Ron Link while at a bar in

Manhattan beach/Redondo beach area and they fell in love right away.

Olga and Ron had two children, Emily and Charlie,

and their family eventually settled in Laguna Beach.

In 1981, Olga and Ron divorced and Olga raised her two children on her own

while living in Dana Point, Laguna Niguel, Ojai and then Fullerton.

After Olga’s children moved out on their own,

she ended up settling in Hawaiian Gardens.

Olga was a legend. She made friends and touched people’s lives everywhere she went.

Remember her smile, her contagious laugh and how she impacted your life.

Remember how she would give you her last dollar, her first smile and all her love.

and is with us today in spirit through all of you.

To send flowers to the family or plant a tree in memory of Olga Healey, please visit our floral store.