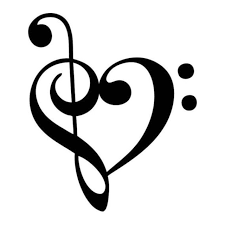 Bruce Leon Miller joined our father in heaven on December 11, 2018 after living an extraordinary life filled with love and happiness. He was born on February 7, 1942, in Enid Oklahoma, to Lewis Allen Miller and Katie Laura (Stephenson) Miller.   He was one of four children.  Bruce grew up in Enid, but spent a lot of time with extended family members at the Stephenson farm, where he learned to farm and ranch; ride horses; and to generally love nature and all of God’s creations.

Bruce was blessed with loving siblings, including an older brother Don, and two baby sisters, Linda and Sandy.  His brother, Don, and son Bruce (Buzzy) departed this earth much too early in life.   Bruce never fully recovered from those deep losses.

Although life events created physical distance between his siblings, cousins, and extended family, they remained close throughout their lives and reunited whenever they could. Bruce had fond memories of spending time with his cousins, who called him “Brucie.”  There was nothing more important to him than family.

Bruce attended Oklahoma State University and also Phillips University (in Enid, Oklahoma), where he obtained a bachelors degree in accounting.  He secured a job with Amoco (which later became British Petroleum) and transferred to Riverton, Wyoming, where he eventually entered Drilling Completions and became a Drilling Foreman.  His work with Amoco/BP took him to Evanston, Wyoming for many years, where he raised his family.  He also then lived and worked in Texas, and abroad.

Bruce travelled for work to Africa, Columbia, Norway, Poland, Northern Europe, the North Sea, and various other locations around the globe.   He enjoyed seeing the world, but more than anything, he loved being at home with his family and his beloved dog, Aggie.

Bruce loved the outdoors and enjoyed camping, fly-fishing, and observing wildlife.  He took time to marvel at earth’s many wonders and captured his observations in sketchbooks.   He expressed his love for family, the outdoors, and all that life offered, in poems, songs, paintings and drawings.  He was naturally creative and loved working with a variety of mediums including watercolor, acrylic, fabric, wood, clay, and leather.

He was also a poet.  Most people who knew and loved Bruce eventually received an original piece of artwork, accompanied by a simple saying.  He was full of wit and humor and wrote both beautiful and simple songs, based on everyday life.  He spread joy wherever he went.

Bruce was also a musician.   Without the benefit of music lessons, he could nonetheless play about any instrument put into his hands.  He loved a good jam session or an old-fashioned hoe-down.   For many years he and his (then) wife, Susan (Acker), also of Enid Oklahoma, played music at the El Toro dinner club in Lander, Wyoming.  Making music with his family was the most cherished time in his life.

He is survived by his two daughters, Kyndra (Miller) Rotunda of Orange, California and Geri Miller-Fox of Salt Lake City, Utah, and his beloved grand-daughter, Brooke Travis, who was the light of his life.  His girls carry on his legacy of music and artistic creation.

His family will host a memorial in Amarillo Texas, in the spring, to celebrate Bruce’s beautiful life.

He was the most loving dad, and grandpa, in the world.   We are so blessed to have loved him. We will forever miss our beloved dad.  But, we have no doubt that he is painting Heavenly scenes, laughing with friends and family, and organizing spirited jam sessions!

To send flowers to the family or plant a tree in memory of Bruce Leon Miller, please visit our floral store.

No services to be held
Share a memory
© 2020 Shannon Family Mortuary FD-1772. All Rights Reserved. Funeral Home website by CFS